In my opinion, the recent event at GM Petroleum was very successful, especially since I FINALLY BEAT MY BROTHER!!! (Sorry, James)  There were only 15 drivers, so everyone got twelve runs.  I lived up to my reputation of “The Cone Killer,” but it seemed as if many others were having the same problem.  It was a tight, fast course that seemed to put some people in a “spin,” but overall it was a blast!  I finally had the pleasure of riding with Jerod in the famous teal “Stang.”  Jerod hit a few cones, but that’s to be expected from a crazy driver like him! Robert Godby from Laramie took a break from vacationing in Red Lodge to set some very fast times in his Miata.  Curiously, with the advantage of PAX scoring (and a set of sticky KUMHO slicks), Robert stole the fast-time-of-day honors from Dwight. All drivers and spectators left the event will smiles on their faces.  However, Lucas Hungerford took his Fiat home on the end of a tow rope. Mark “Pylon” Pilon reportedly lowered the suspension on his Forester.  Although his times may have been faster, he ended up hitting cones that he would have cleared previously. Sheree was putting the new suspension configuration to good use and came close to beating Mark.  You go, girl! 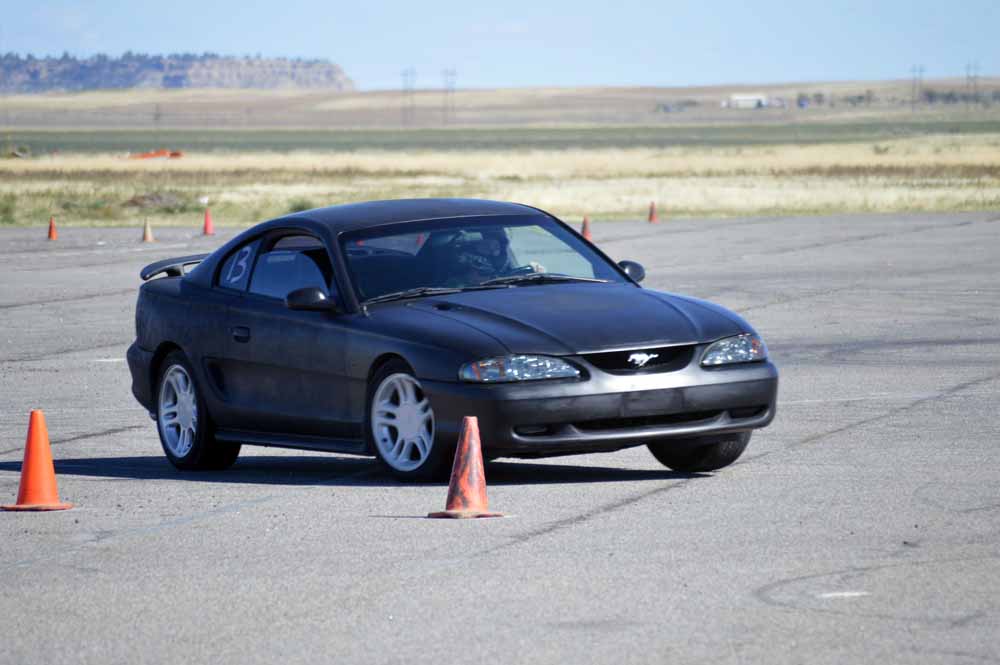