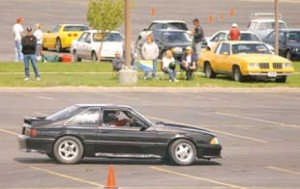 Want to drive like a maniac, improve your road skills and have a blast? Check out the Yellowstone Region Sports Car Club of America. Members of the local autocross racing group meet almost every weekend to test the limits of cars and drivers. At a recent event in the Skyview High parking lot, almost 40 drivers in Corvettes, Corollas and Mini-Coopers zipped through obstacle courses in a race against time. “We’ve got everything from full-blown race cars to people who show up in mom’s grocery-getter,” said Ryan Coler, regional SCCA executive. At Skyview, drivers maneuvered through a quartermile course, marked with orange traffic cones, that tested their evasive driving skills. “It’s all the things they tell you not to do when you get a car – accelerate fast, slam on the brakes, turn as hard as you can,” said Coler, who races a Toyota Corolla. “I’ve been doing it long enough to know it’s not going to hurt the car.”

Coler described the SCAA as a grass-roots motor club that hosts low-speed, solo racing events in safe environments such as parking lots. Drivers race against themselves, trying to best their own times during several runs through the same course. “This group primarily encourages drivers to push themselves and their cars to their limits as far as skill and maneuverability of the car,” said club member Fred Magers. “The object is to maneuver through the course as fast as you can without any penalties.”

Penalties include knocking over cones.

Magers races a 1984 Porsche 944. Other vehicles at the Skyview event included Honda Accords, Ford Mustangs, Dodge Neons and Toyota Camrys. Race times ranged from 30 to 50 seconds. “You can take out those road-rage feelings we get on a daily basis,” Magers said. He said the races unfolded smoothly except for a minor wildlife interruption. “We had two antelope come across the field,” Magers said. “They didn’t actually go onto the course. We stopped the event long enough for them to proceed safely.” Also during the Skyview event, the Florida-based Evolution Performance Driving School hosted its first driving class in Montana. Instructors watched participants drive their cars and offered specific feedback, said Tammy McCollough, SCAA competition director. By the end of the class, participants had shaved three seconds off their driving times. Most racing vehicles in the Billings club are street-legal, although a few that have been modified are not. McCollough, one of a handful female drivers in the local club, races a highly-modified Honda CRX and a Formula Continental race car.
“This is not just a race,” she said. “This is honing your driving skills.” Racers learn to look several maneuvers ahead – a skill that comes in handy in heavy traffic – and to react quickly.
“You can almost consider it a driver’s ed class because you learn a lot about your car doing this,” Coler said. “It really improves your daily driving.” Coler compared maneuvers on the course to driving defensively on a busy Billings street. “We all want to be better drivers because, quite frankly, we all have to drive out there together,” McCollough said. Local SCCA members encourage spectators and potential drivers to attend their events. Folks can don a helmet and ride the course with any driver, and those who want to try it themselves will be tucked under the
wing of an experienced driver. “New people get a buddy,” McCollough said. “Their first run doesn’t count. They go through it with a buddy. There’s never anybody who laughs at your or makes fun of you.”

SCAA is open to anyone with a valid driver’s license, a street-legal car and a helmet. Diane Cochran may be reached at 657-1287 or Diane.Cochran@lee.net. More racing on tap The Yellowstone Region Sports Car Club of America will host its next racing event in Billings on June 20, in the West High parking lot. Spectators are welcome and can ride along with any driver for free. The club meets the first Wednesday of the month at 7:30 p.m. in the Heights Fuddrucker’s. For more information, visit on the Web at www.yellowstonescca.com and www.scca.com. 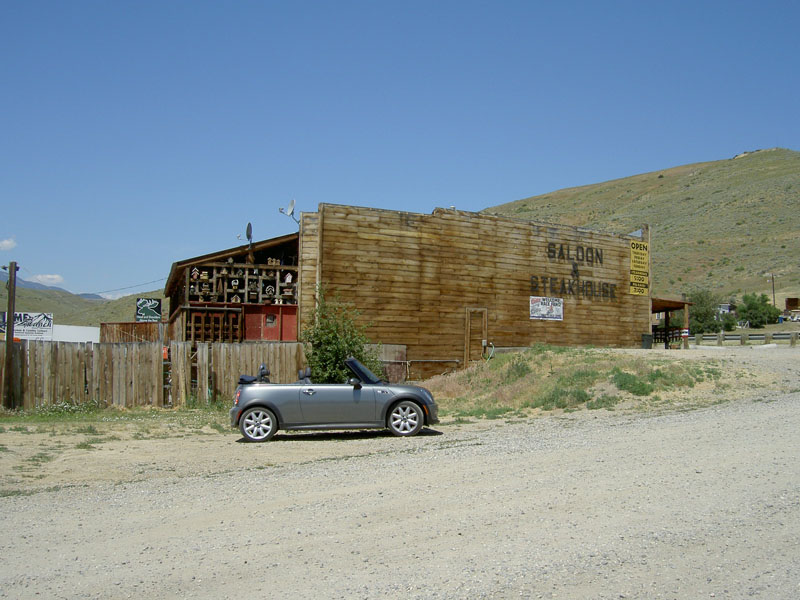