Classifying your car is fun and easy!  The SCCA annually publishes the Solo Rules to classify a full range of imported and domestic sports cars, sedans, and purpose-built race cars, as well as to lay out the basic rules behind Solo competition. The Solo Car Classifications are provided so that you may determine what types of cars are typically competing in Solo, although there is a class for just about any vehicle. The organizers of local events are also allowed enough leeway to add classes to suit their particular requirements.

At first, knowing the basic rules for the classes will help determine what class your car competes in; later you’ll decide what class you’d like to be in and prepare accordingly.  Remember that you may have optimized your car for performance, but it may not be optimized within the SCCA Solo rules.  One little modification may move you up a category and leave your car outclassed, so prepare accordingly.

If you already have a modified car, it may not fit nearly into one of the categories – but initially, that doesn’t matter.  It will take a couple of events just to get into the swing of Solo events.  Later, you may want to modify your car to optimize it for the category.  After a few events and after talking to competitors in the categories into which you might go, weigh the rules and decide what suits you best.

There are nine STREET classes altogether, allowing for almost any car to compete, from Corvettes to Civics.  Modifications are extremely limited – performance shocks are allowed, you can make one aftermarket sway bar change, the exhaust can be modified after the catalytic converter and the use of any DOT – legal tires is allowed, but  all tires must have a tread wear rating of 200 or above.  Wheels must remain the same size as stock, but may be substituted. Since most cars are in the “Street” category, classify your car by manufacturer, model, and in some cases, year here.

STREET TOURING is designed to accommodate cars with common, bolt-on modifications, such as different suspension parts and cold-air intakes, but no turbo additions or entire swaps.  It’s the only class that doesn’t allow R-compound DOT tires or slick racing tires – all tires must have a treadwear rating of 200 or above.

STREET PREPARED takes things a little further than Street Touring.  There are no limits on wheel or tire size, and there are several other modifications that go well beyond those in Street Touring – like the use of DOT-legal R-compound tires.

STREET MODIFIED allows engine swaps (within the same manufacturer), the addition for forced induction and any suspension as long as it uses the same attachment points.  This is a class for the truly creative, and the cars sometimes end up with only a passing resemblance to their base.  It’s the wildest of the classes that runs on DOT-approved tires.

With PREPARED, you’re moving into pure racing machine territory.  Prepared cars usually have no interiors, racing slicks or may even be tubeframe cars with fiberglass bodies.  Often the cars that compete here are cars from the SCCA Club Racing Production and GT categories.

MODIFIED is everything from pure, purpose-built racing machinery such as formula cars and sports racers to cars that started out as production vehicles but may have different engines, heavily modified bodywork and racing slicks.

KART MODIFIED is the 125cc shifter karts for adults.

OTHER REGIONAL CLASSES – Some regions may implement their own classes, such as a street tire class that requires 140-trend-wear tires, vintage classes for older cars and even beginner or rookie classes from new competitors.

For a quick worksheet to determine how modifications to your car put your car in a different classification category, click here.  For a quick reference sheet of category allowances, click here. (Please note that these first two worksheets are not official SCCA publications.)

Last, but not least, if you are a female autocrosser, SCCA adds the appellation to your classification of “L” for “Ladies,” effectively doubling the total amount of classifications. 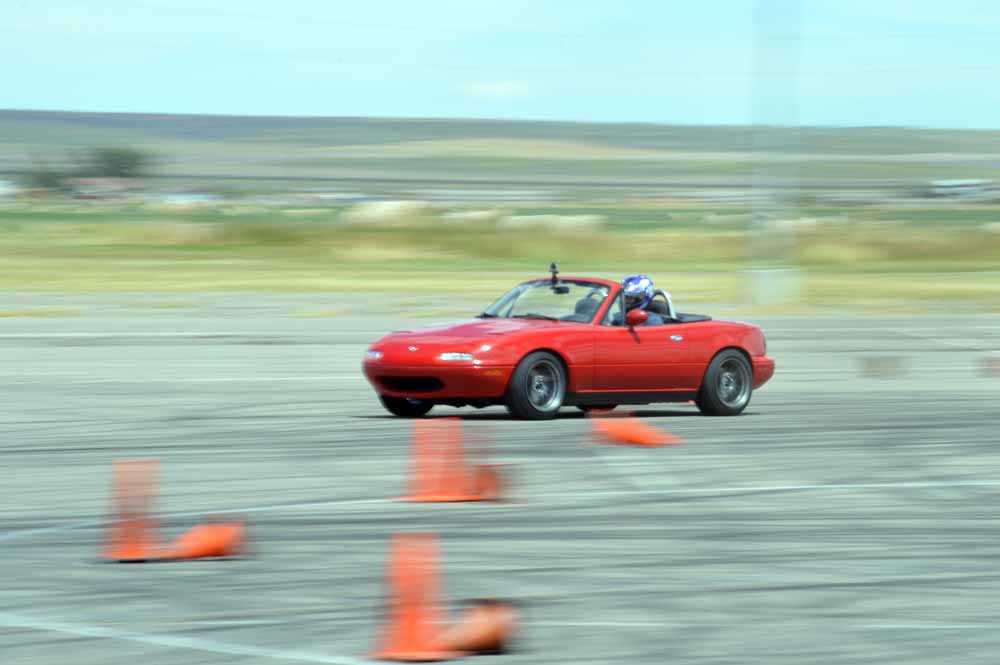