Can you Identify This Car? 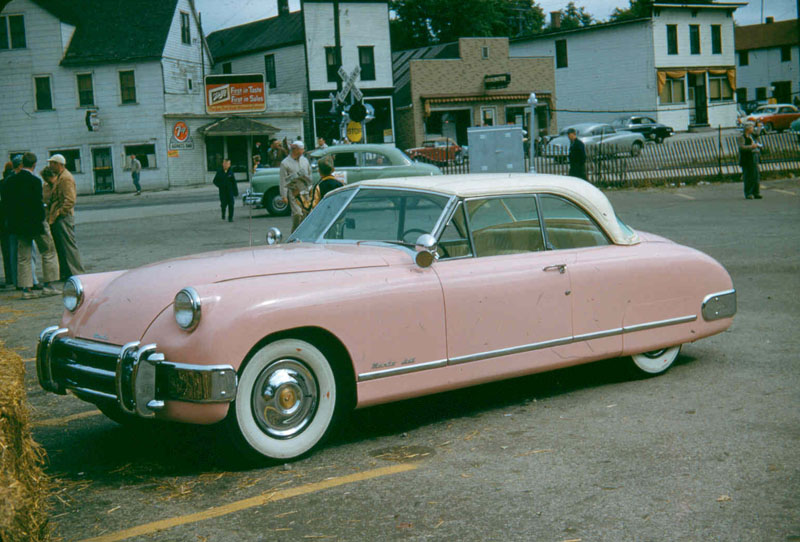 The stylish pink beast is, of course, a “Muntz Jet.” The Muntz Car Company was created in Glendale, California, by Earl “Madman” Muntz and was in existence from 1950 to 1954. He was assisted by Frank Kurtis, who had earlier attempted to produce a sports car under the Kurtis Kraft marque (the Kurtis Kraft Sport, which sold just 36 units by 1950). In 1951, Kurtis sold the license to manufacture the cars to Muntz, who quickly rebadged them as the “Muntz Jet”, extended the body to make it a 4-seater, and exchanged the Ford engine with a larger Cadillac V8. Later, this engine would be replaced with a less expensive Lincoln side-valve V8.

The car, a sports coupe, was manufactured in Chicago, IL in the 2900 block of N. Sheffield Av. and featured its own unique design, with aluminum body panels and a removable fiberglass top that were manufactured in-house. Other parts (such as the engines) were sourced from other manufacturers. It was capable of 112 mph, a significant achievement for a road car at the time.

The company managed to produce only about 400 cars during 1951-1954, and due to the high manufacturing cost, Muntz himself estimated that his company lost about $1,000 on each car; this financial drain eventually caused him to close the company.